I hope you scored your share of good powder turns this past northern winter.

As with many parts of the northern hemisphere this season, Gulmarg had a less than perfect January, but as soon as February hit, we skied great quality untracked powder nearly every day until we left in early March.

Many locals where saying this was the worst season they had seen, while many of our guests were calling the best runs of their life!  If that is as bad as it gets, we are definitely onto a good thing, and I am looking forward to the bumper season that usually follows an average one!

This newsletter contains a 2015 winter wrap up, as well as some other bits of info you may find interesting.  Bookings are coming in quickly for winter 2016, so get in early to secure your preferred dates.  At the bottom of the page there are some testimonials from this season’s guests.  Enjoy! 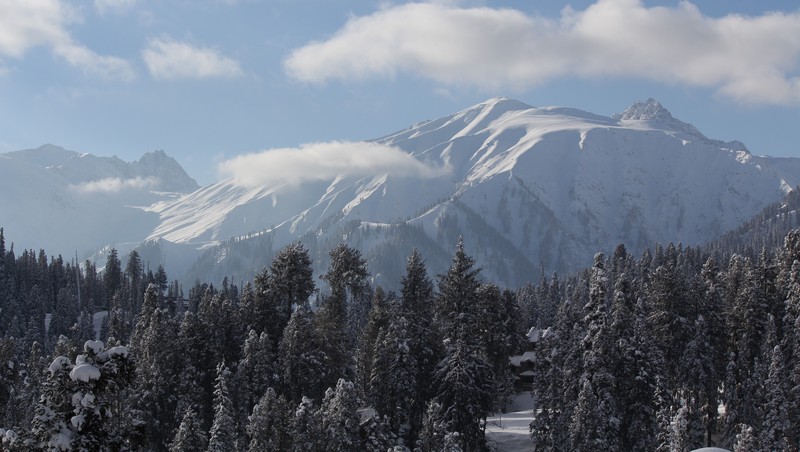 A big welcome to Firdous who joined the team this winter as an assistant guide, and who proceeded to show us what he is made of with a superhuman post holing mission on one of his first days. Another great local guy who is a huge asset for the team.

Tail Guides for All Groups

As of this year, we have two guides for each group of four guests.  A foreign guide and a local guide work alongside each other to provide the best safety net and cultural experience possible.

Also, this season we trialed a dedicated photographer to capture you in action during those epic turns.  We plan to continue this service in future seasons.

Drop in to the Bill’s Trips stand to have all of your Gulmarg questions answered, or just pop in to say G’day (Sydney May 17, Melbourne May 24).

Bookings are now open for 2016.  With many returning guests, some trips are filling very quickly.  See the ‘’Dates and Prices’’ page for details and go to the ‘’Expression of Interest’’ page to secure your spot.

Once again Sam was elected the social media guy for the season.  Check out some of his regular posts from the winter on our Facebook page.

Bill’s Trips Instagram coming soon.  We are slowly catching up with the times.

The Biggest Cheers goes out to all who joined us this season.  Myself, Sam, Mark, Mark, Wali, Manzoor, Firdous and Shefi had an awesome time sharing powder turns and laughs with you. Yousef loved how you looked in your pherins, and behaved, (or not) on the houseboat.  The Highland Park staff had tears in their eyes when we left.  Thanks again for another great Gulmarg winter and we would love to see you back again sometime soon. 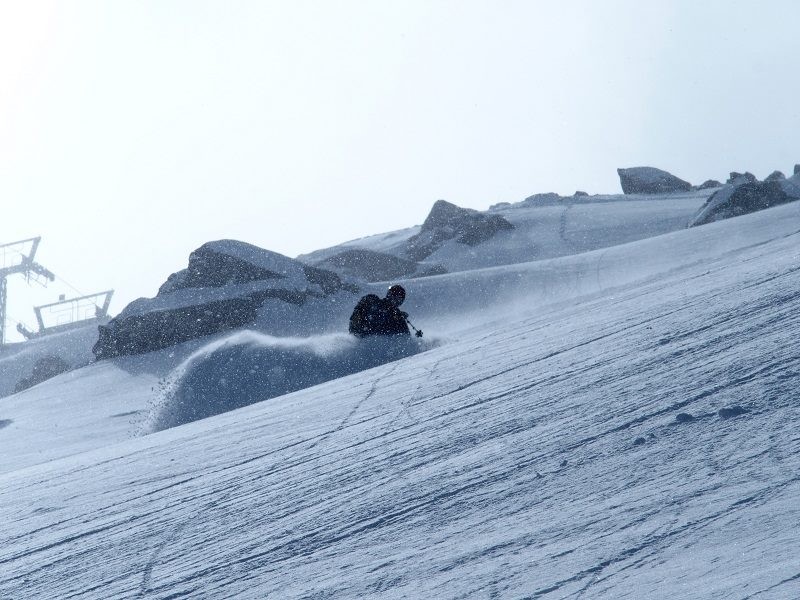 It was the leanest winter (until March anyway) that I have experienced in my ten years in Gulmarg, and many locals were calling it the worst season they had seen.

Early January was virtually unskiable due to insufficient base and it was not until mid-January that the upper gondola opened in very marginal conditions.  (We cancelled our January 18 trip and refunded the guests.) Several chose to visit during this time regardless, and there were still good turns to be had, however not nearly as many options as you should expect from Gulmarg.

As February drew close things were still looking grim, but at the last minute a storm arrived which transformed the mountain.  This was the first of a series of regular storms that continued throughout February, and which had us riding all areas by early in the month.  The storms were nicely spaced and allowed plenty of sunny powder days in the alpine between epic deep days in the trees.

Late February saw warmer than average temperatures for a couple of days, however if you knew where to ski, there was great quality untracked snow to be found nearly every day.

For the lucky few who were still around, the biggest storm of the season arrived in the first week of March and proceeded to deliver a couple of meters at the hotel in a few days.

Although at times we had to put in a little extra effort for our turns, it was always worth it.  And, even after ten winters exploring Gulmarg we were still discovering new favourite areas!

All the photos in this newsletter were from the leanest January and February in recent times. 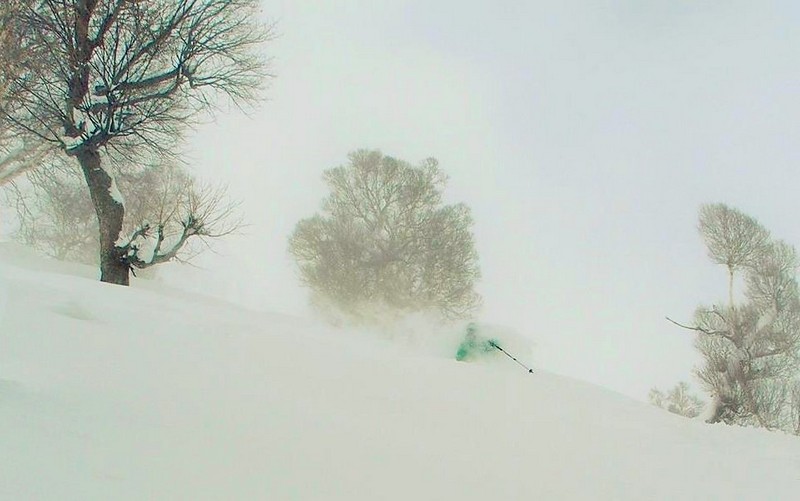 Due to the lean January, a dangerous weak layer formed in the snowpack that lingered on many aspects for the much of the season.  This excluded certain terrain from our operating area for many weeks, however there were always plenty of safe untracked options available.

In mid-February a well-known local man lost his life in an avalanche that was caused by another group while he was skiing in the bowls to the south of the gondola ridge. Our thoughts go out to Bashir’s family and friends and the whole of the Gulmarg community.

This is only the third ski related avalanche death in Gulmarg since the gondola opened ten years ago, although it must be stressed that the easily accessible side country warrants serious respect and experience.

Hats off to the Ski Patrol

The Gulmarg Ski Patrol did a great job helping to keep us all safe during a very testing season.  A shallow base and dangerous snowpack meant that the upper gondola was closed for a few more days than usual however it was opened efficiently when appropriate.

Hopefully the patrol captain (Anwar) will be paying a visit to Mt Hotham this coming Australian winter.

Kashmir Heliski had another successful season.  Even during the lean January period they were able to get high enough to find quality snow on a decent base, and many visitors utilized their services to score some epic runs.

Although Bill’s Trips were fully booked for the peak season, the total number of visitors to Gulmarg was significantly less than past winters.  There are several factors that likely contributed to this, but whatever the reason, it gave us lots more untracked laps of the easily accessible terrain.  Happy days! 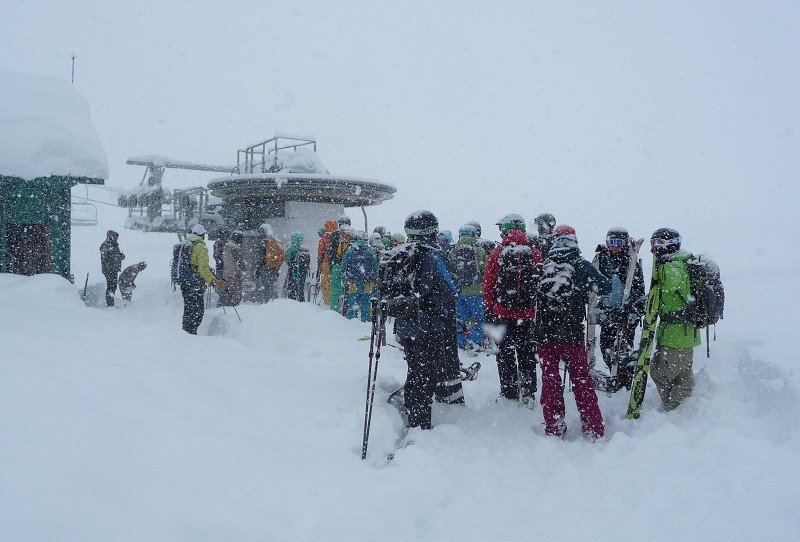 The queue for first chair on another powder day in Feb!

We’ve added new testimonials from the 2015 trip, here are some of the happy skiers in action: 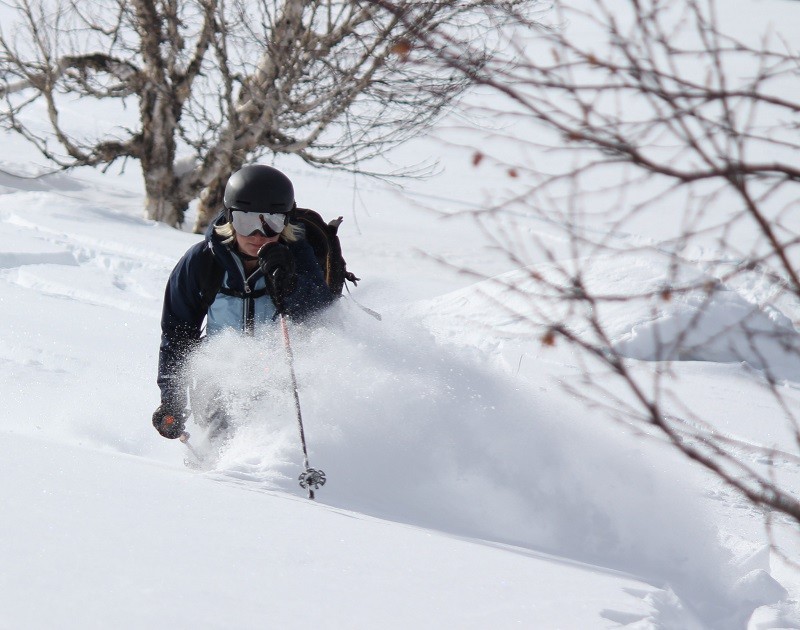 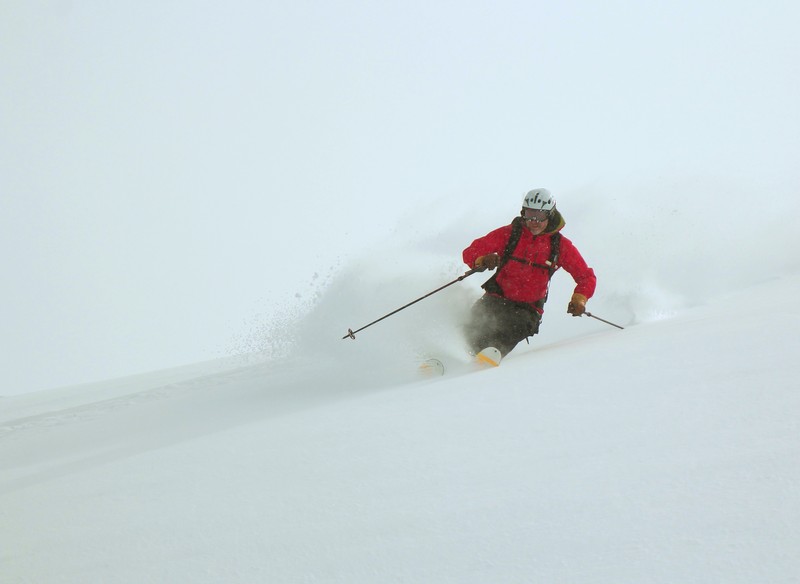 2016 Dates and Prices
Winter is on the way!
Scroll to top